In 1950 The Puerto Rican Nationalist Party organized a series of uprisings that took place in various Puerto Rican cities on October 30th. The uprisings were suppressed by strong ground and air military force. For most Americans, these events are unknown. For most Puerto Ricans, they are but another blood stain on our path to nationhood. ‘The Corner Queen -- La Loca de la Esquina: A Romance and a Revolution’ narrates the events preceding the revolt -- from March to November of 1950 -- from the point of view of a drag queen who innocently gets involved with Julio, a student revolutionary.

“Loved the storyline. Dr. Mock is excellent at creating believable characters, characters I care about, and he does a beautiful job building suspense. I really knew nothing about Puerto Rican history, so I think the historical context is fascinating. And I love the way he interweaved the poetry of Federico Garcia Lorca with the narrative. He has a very engaging style. It reminded me of Gabriel García-Márquez -- there’s a lot of humor packed into his descriptions. I think the book would make a wonderful film -- I imagine Pedro Almodovar as director. Dr Mock writes cinematically and vividly.” Dr. Ross Slotten, MD. Author of “The Heretic in Darwin’s Court; The Life of Alfred Russell Wallace”

“The soul of Puerto Rico, and that of yearning lovers everywhere, beats in the heart of the Corner Queen, a character for the ages, drawn in full cinematic detail, portraying the injustice of cultures and people trapped outside the laws of convention, striving only in the end for freedom and love.”Carmen Marti, the Apple Blossom Project 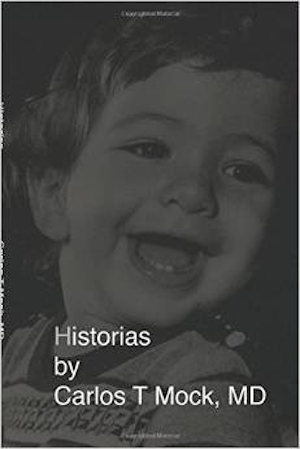 Historias is Carlos Mock’s latest musings on his past seen through his imagination. A set of short stories ranging from childhood jokes to life and death situations.  “Historias is Carlos Mock’s most personal and intimate book, and I believe his best yet. These short stories, some barely more than anecdotes, resonate powerfully, with their mixture of revelation, symbolism, and Caribbean folklore. His autobiographical and medical tales are unique and compelling"  Felice Picano, Author 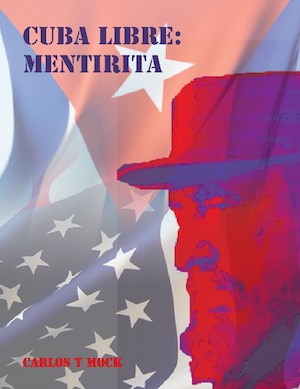 Released October 2009. Purchase directly from me.

The Cuba Libre ("Free Cuba") is a cocktail made of Cola, lime, and rum. This cocktail is often referred to as a Rum and Coke in the United States and Canada, where the lime juice is optional. Bacardi claims ownership of the original, while some have also claimed it for Havana Club. It seems unlikely, however, that anyone could safely identify the first individual to combine rum and Coca-Cola-when seven or eight individuals lay claim to the creation of the Margarita, a far more complex drink-let alone identify the brand. Both the cocktail and its name remain politically loaded due to the history and current status of Cuba-United States relations. The situation is further complicated by Bacardi's political involvement in Cuba. Cuba Libre is sometimes called "Mentirita" ("little lie") by Cuban exiles opposed to the current Communist government run by Fidel Castro, as a comment that Cuba is currently not free.

Cuba Libre "Mentirita" is a history book. It is a different kind of history book in that it focuses on the Afro-Cuban population of the country. It traces its roots and attempts to explore their concept of "freedom". Whereas, for some, Cuba is not free, for others it is-if they define their freedom as not being dominated by the white race.

This is a Cuban history book filled with firsthand accounts and anecdotes-and takes the reader through Cuba's history from José Martí to the present regime. "In Cuba Libre, Carlos Mock makes a strong impression with an immensely readable, fact filled history of the land that is making news lately. His novelistic skills are apparent in his characterization and his often suspenseful narration. This is THE book about Cuba you must read." Felice Picano--Art & Sex in Greenwich Village

Papi Chulo: A Legend, A Novel and the Puerto Rican Identity 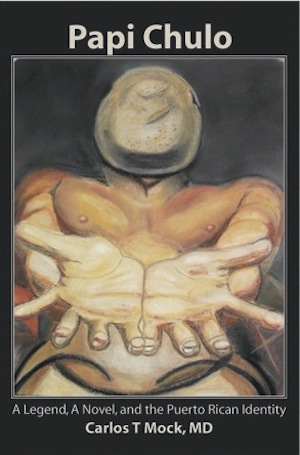 The story of Puerto Rico through the eyes of my grandmother, mother, and aunt. How the inaction of both leading political parties is turning our countrymen into stone as we lose our identities. Nominated for a Lammie from the Lambda Literary Foundation. Floricanto Press 2007 Buy directly from me.

Chicagoan Carlos T. Mock is a political voyeur. He writes frequently on blogs and in newspaper columns about a wide range of gay and mainstream topics, and he has a special interest in Latino gay issues. He has written about his Puerto Rican identity in Borrowing Time: A Latino Sexual Odyssey, and published The Mosaic Virus, a novel about an AIDS-like virus and the Catholic Church.

Mock’s newest work, Papi Chulo, is similar to The Mosaic Virus in that it takes historical facts and massages them into a work of fiction, this time about the island of Puerto Rico and its fractured identity. Mock’s love of his native land is evident throughout Papi Chulo. His own hopes and dreams for his people ebb and flow with the tragic tides of history. He is cynical about political leaders and passionate about the people, some who are clearly modeled after inspiring heroes in his own life.

Mock’s background in medicine is also evident in Papi Chulo. One of the primary characters, María Rexach, becomes a pioneer in women’s health and the right to choose abortion. Born in 1900, we follow the path of both María’s own life and the life of her nation as it comes under control of the United States, and fights for its own life for more than a century.

We meet the real and imagined political leaders of the last century as they squabble and sometimes succeed in bringing rights to the island. We see how identity issues plague generations of people, as some move to the mainland and lose touch with their home, and as islanders dismiss them as not true Puerto Ricans. Puerto Ricans born on the mainland have an especially hard time with identity issues.

The novel is not a “gay novel” in the typical sense. However, it does include gay characters, and the sensitivities of the book are informed by an author who is both pro-choice and out.

There is a risk in creating an alternative universe, where some facts remain and others are altered to fit the vision of what the author wants to occur. The real people may be upset, but Mock clearly states at the beginning of the book that this is a work of fiction, even though some facts are real. Incidents of revolutionary violence ( to push for independence from the U.S. ) , political intrigue, funding of the Contras or even the Stonewall Riots of 1969 are used as backdrops for a multi-layered story about the potential of a people and the dreams of a nation.

Mock’s own antipathy for self-interested leaders is clear throughout the novel, but he uses the stories of individuals like María, her friend Clara Rodriguez, her children, her friends and others to show the pain through the eyes of people, making the history more accessible and the imagined reality all the more desired. As Mock would attest, if novelists ran the world, it would be a whole lot better place.

The author has chosen to explore the history of Puerto Rico and what it means to be a Puerto Rican through the story of intertwined lives of Maria Rexach and Clara Rodriquez and the Maria’s daughter Ines Subira.   Born of a wealthy family Maria becomes the guiding force field of women’s rights, medical services and the republican movement.   Clara is the illegitimate daughter of the father of Maria’s future husband and becomes a key figure in the nationalist movement for independence.  Ines Subira is the woman in which both of these women’s lives come together and their common goals for the future of Puerto Rico merge into the creation of an independent nation.

Ines and her brother Enrico move to the United States and find themselves in a place in which they are no longer part of the upper class society.   Enrico must deal with the problem of having an Anglo lover, living in three different worlds, support himself as an airline steward and as a smuggler to support the nationalist movement.  Both Enrico and Ines are observers of the Stonewall Riots and wonder what this will mean for the gay Puerto Rican community in New York.

The use of historical events such as the national and republican conflicts of independence versus statehood, the legal changes in the status of the government and the massive migration to New York in the 1950-1960’s help move the story along while at the same time examining the underlying question as what is it to be a Puerto Rican?  Dr. Mock does not assume the person is fluent in the history of Puerto Rico and provides the background to certain events as part of the story.  Spanish poems are intermingled in the text with English translations and each poem relates to the events within the chap -ter.

I found the book to be enjoyable, the characters to be realistic along with the settings in which they are placed.  While reading the book I learned some about the history of Puerto Rico and the events that lead to the massive migration to New York in the 1950’ and 1960’s.